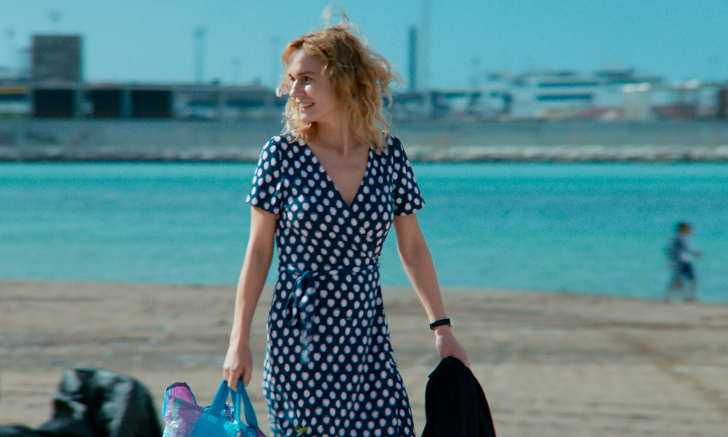 Actress Sandrine Bonnaire portrays Edith, a middle-aged seamstress who is laid off, and is faced with the tough decisions to accept severance or relocate with the company to Morocco; she chooses the latter – to her and her coworkers’ surprise. Leaving behind a son (Ilian Bergala) with whom Edith has a strenuous relationship gives us insight into her motivation to abandon everything and everyone in her native France. Her journey to a new place is met with obstacles, bittersweet realizations, and unexpected new friendships. Bonnaire’s expressive nature in conveying a wide range of emotions, gives her character a depth – sans dialogue, which frankly isn’t necessary, yet audiences will sympathize and identify with. Shot beautifully in Tangiers, Morocco with scenes of the Mediterranean Sea littered with picturesque geometric buildings and intricate mosaic designs – the background is a welcomed and nicely added character to advance the narrative. We don’t see touristic Morocco; instead we witness an industrial interpretation of real-life deplorable working conditions of factory life, Edith endures. 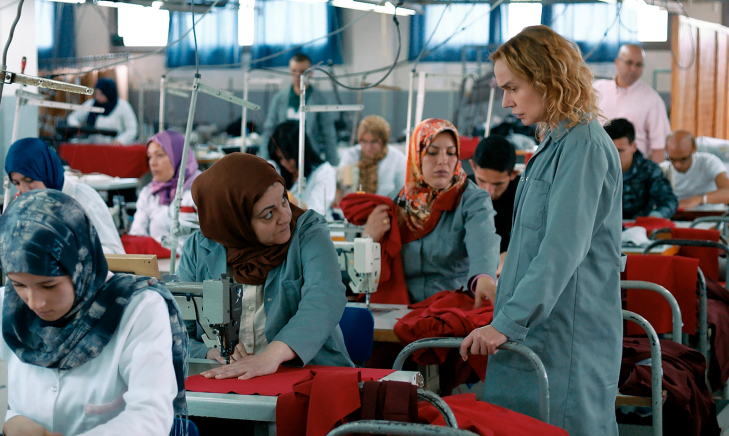 Catch the Wind (Pendre le large) explores themes of life-changing events and the resilience of the human spirit to counter life’s wonderful and awful experiences – with earnest. After the screening the audience was treated to a Q&A with writer-director, Gaël Morel. Morel’s homage to the working class in the film is attributed to his father’s time as a factory worker – where he worked for 30 years. Morel used his father’s factory as a backdrop for the opening scenes. Catch the wind (Pendre le large) was co-written by Morel’s Moroccan colleague with the intention to – gain perspective and depict – Moroccan women as warriors and resistors. 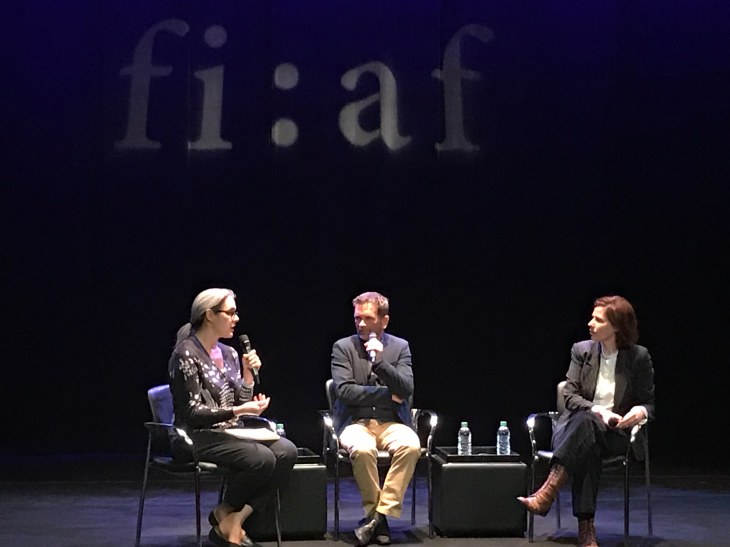 To learn about more about The French Institute Alliance Française’s (FIAF) upcoming events on French culture, the arts, and programs in education, click here: For more information about Focus on French Cinema’s programs, click here: