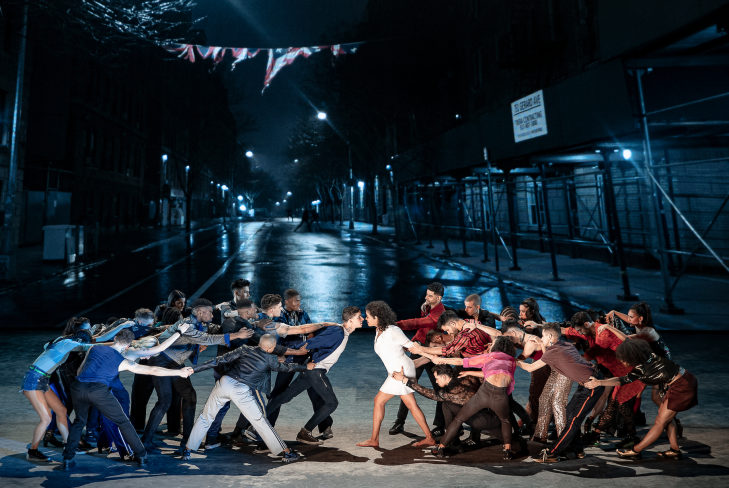 Cast of West Side Story, Photo by Jan Versweyveld

It’s challenging not succumbing to presumptions, especially before attending a remake of an iconic musical. Recently, this was my dilemma, before the global pandemic crisis we are all currently facing became our new normal. The latest production of West Side Story by Tony Award-winning director Ivo van Hove (A View From the Bridge, The Crucible) exceeded my expectations and my doubts quickly dissolved. The electrifying young and diverse cast (most making their Broadway debut) blew me away. And, I’m certain you will be too when you experience the flurry of captivating choreography, impassioned acting, and vocal intonations that will permeate the theatre and leave you speechless. 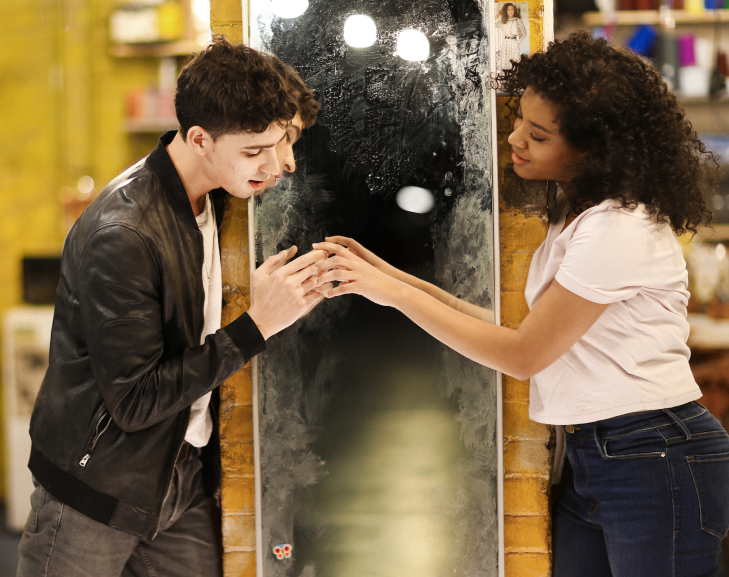 The cast, led by Isaac Powell (Once on This Island) as Tony and Shereen Pimentel, (The Lion King) as Maria have undeniable chemistry. Powell and Pimentel play off each other’s acting abilities and are superb as the infamous angst-filled couple. The timeless story of two lovers coming together in the midst of racial conflict between their families couldn’t be timelier. More than 60 years after the critically acclaimed musical, written by Arthur Laurents, composed by Leonard Bernstein with lyrics by Stephen Sondheim, and choreographed by Jerome Robbins made its debut on Broadway and changed American theater forever. Now, it is back to remind us that there is no place for hate and intolerance as these detrimental emotions destroy everything in their path, including love. Originally based on Shakespeare’s Romeo and Juliet, with a storyline focusing on the mistreatment of Puerto Ricans in New York City, the musical’s themes strike a nerve with the rising problem of xenophobia in this country. 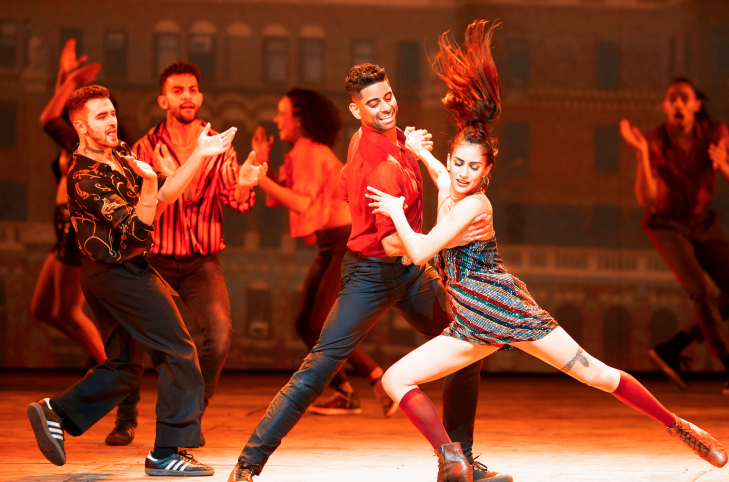 The phenomenal dancing in this classic Broadway favorite lets audiences follow the otherwise inevitable doomed classic love story. The tantalizing new choreography, by Anne Teresa De Keersmaeker is magnificent. All of the performers glide with fluidity and grace and you can’t keep your eyes off them, especially Amar Ramasar (Bernardo), the classically trained New York City Ballet dancer. Adding to the visual stimulation: the LED screens capturing the dreary backdrops of New York City and handheld cameras projecting each actor’s facial expression up close driving the narrative. After all, this is a modern interpretation of a beloved classic, and new audiences, young and old, will definitely appreciate these additions.

West Side Story runs an hour and 45 minutes, sans intermission, and will return on April 12th to the Broadway Theatre in New York City. Yes, a bit of a wait as Broadway actors and staff can’t work from home. If you’d like to donate, please go to Broadwaycares.org. When the lights do come back on, don’t miss Ivo van Hove’s Broadway musical debut with the revival of this widely revered classic and the ageless songs: “America,” “Maria,” and “Tonight,” to sing along. To learn more about the show and get tickets, click here.