On the fence of what to watch to keep you entertained, while we collectively, stay home to weather the uncertainty of our existence? Look no further than Barb and Star Go to Vista Del Mar, starring Kristen Wiig and Annie Mumolo – the dynamic female duo responsible for the hilarious Oscar-nominated comedy, Bridesmaids, deliver a ridiculous and funny film – yet again. With Writer/Actor/Producer credits under their belt, Mumolo and Wiig, bring a whole new meaning to kitsch – they actually make it cool. According to Mumolo, the completed story for the film took many drafts and years to make, and both her and Wiig were thrilled to see these characters come to life.

So who are these memorable characters? The premise: Barb and Star have known each for most of their lives and come from the fictitious Midwestern city of Soft Rock, Nebraska. After recently being laid off from their dream job at Jennifer Convertibles, the delightfully chatty middle-aged best friends embark on journey of self-discovery and freedom from inhibitions at the Vista Del Mar resort in Florida. What ensues is a trippy and colorful story of a friendship tested by an amorous encounter with Edgar, played by the charismatic, Jamie Dornan, from the famed 50 Shades of Grey trilogy. Who knew Mr. Grey had comedic timing? Well, the dramatic actor who’s played him in the last 3 titillating films – that’s who. Dornan is fantastic as he sings, leaps, and rolls around in the sand, professing his love for his boss and villain in the movie, Sharon Gordon Fisherman, also played by Kristen Wiig. Wiig’s Fisherman villain is reminiscent of her kooky character, Alexanya Atoz from Zoolander 2. Fisherman’s zany plot to destroy the made-up Floridian city, where Barb and Star are vacationing, is as nutty as her costume and make up, also nothing short of spectacular.

Barb and Star Go to Vista Del Mar serves up the type of escapism and joy a movie should provide. Mumolo and Wiig do a superb job of giving these quirky and enchanting characters, in their late forties, a refreshing narrative injected with marvelous musical numbers. Directed by Josh Greenbaum, and also produced by Will Ferrell and Adam Mckay, the Lionsgate film has a running time of 106 minutes, is currently out on all major streaming platforms, arrives on digital March 26th, and will be out on Blu-ray April 6th. For more information on the Barb and Star Go to Vista Del Mar, click here. 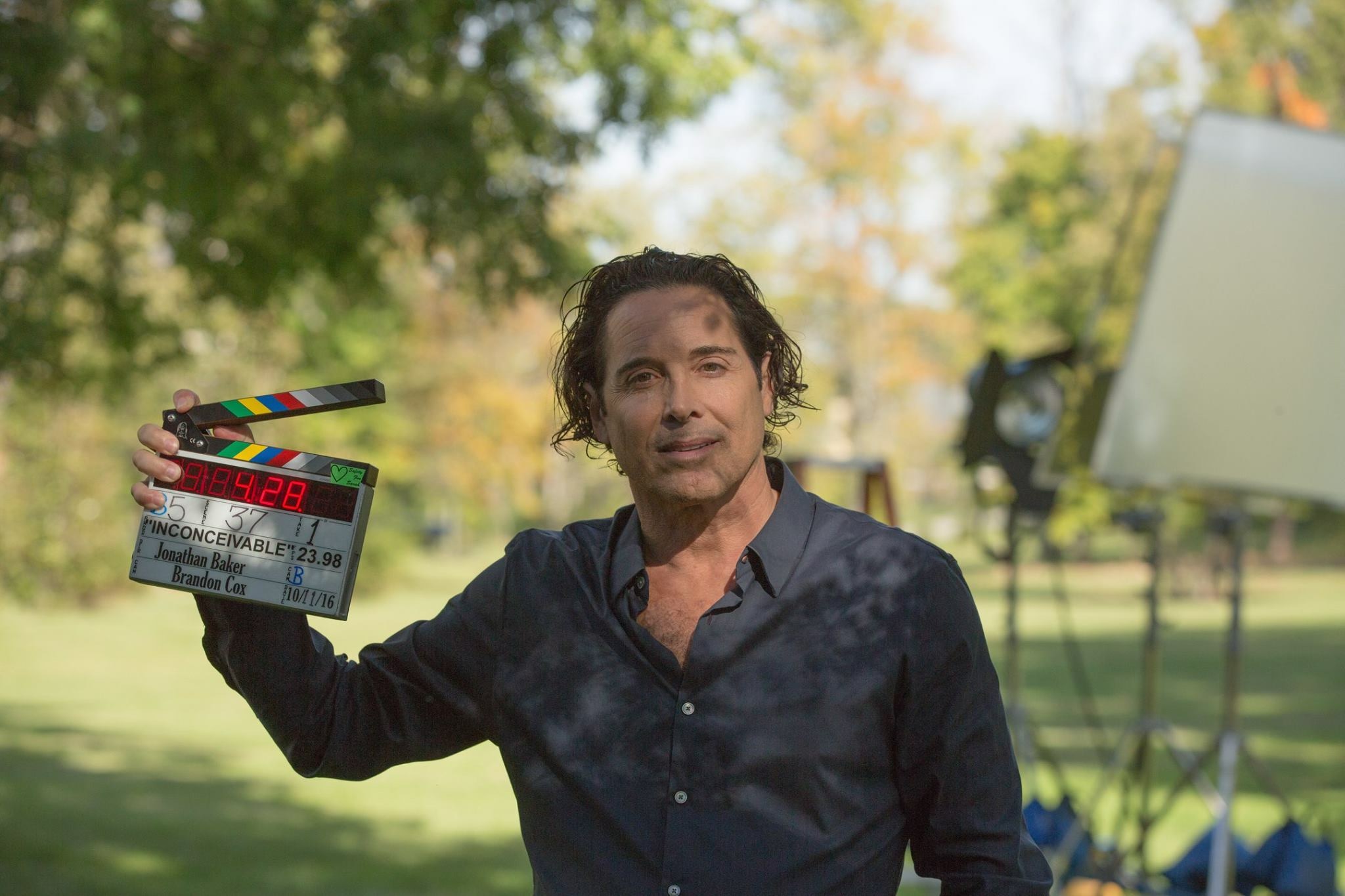 Jonathan Baker isn’t new to the Hollywood scene. In fact, the writer, producer, entrepreneur and first-time director has immersed himself in show business for the last two decades – one interesting venture at a time. His appearance in “Amazing Race” season 6 along with his then wife, Victoria, sparked controversy, but that didn’t deter him from pursuing worthwhile opportunities and make his artistic mark in entertainment. Serving as writer/producer on Warner Bros.’s Through Scavullo’s Eyes, a documentary on fashion photographer, Francesco Scavullo and the comedy, Dirty Tennis, starring Dick Van Patten and Nicolette Sheridan – earned Baker The VSDA and the New York Film Festival Award for Best Comedy Video of the Year.

Back in the film festival circuit with his new documentary: Becoming Iconic, premiering at the Manhattan Film festival, April 21st, Baker presents audiences with a captivating look at what it’s really like to be a first-time director and directing a feature-length Hollywood film. The documentary chronicles Baker’s experience making his first feature film, Inconceivable – released June 2017, and interjects interviews with industry titans: directors, Jodie Foster (Money Monster, Little Man Tate, Netflix’s “Black Mirror”), Adrian Lyne (Fatal Attraction, Jacob’s Ladder), Taylor Hackford (Ray, Dolores Claiborne) and John Badham (Saturday Night Fever, Short Circuit) on their experiences with directing – particularly the struggles and rewarding moments they endured. Inconceivable is billed as a “sexy dramatic thriller” and is about an unhinged woman (Nicky Whelan) escaping her abusive past that moves to a new town and befriends a mother (Gina Gershon) with fertility challenges and supporting husband (Nicholas Cage). Whelan’s character becomes obsessed with Angela’s (Gina Gershon) daughter. There really isn’t anything “sexy” or “thrilling” about women not being able to conceive naturally or the process of egg donation, but I was intrigued to discover the impetus behind the making of this film and what led to it’s production. The screenplay, penned by Chloe King (“Red Shoe Diaries”, Poison Ivy II) is the daughter of Zalman King, who made erotica films popular with 9 ½ Weeks and Wild Orchid. As I watched Becoming Iconic, I quickly stopped to think about the nuances of making a film, Baker’s painstaking challenges in the film depicted with candor and put my thoughts about Inconceivable to the side. I recently chatted with Jonathan Baker on his journey to filmmaking, lessons learned, and what the future holds for this eclectic risk taker.

DSMC: What was the defining moment you knew you wanted to be a director?

Jonathan Baker: It wasn’t about being a director. Directing became part of my journey. Because I’m a control freak, I didn’t want to work on a project and leave final say up to someone else. I wanted to do it myself. I want to own it from beginning to end. Two directors that influenced me are Robert Evans and Warren Beatty. I was playing poker with Robert Evans once and he said: “Jonathan, if you don’t own your content they’ll run you over.” And, that scared me to the core. That was 20 years ago. He said, “You either write it or you buy it. Because if not, you’ll never have the control you want.” I kept that under my hat for a long time. Wanting to be a creator, but not necessarily a director. Then I ran into Warren Beatty and he said “Jonathan, if you can write and produce and do all this stuff, you might as well direct. I told Warren that there are other people out here who can do it better than me. Beatty said, “If you don’t direct your own pictures you’ll regret it for the rest of your life.” These are all monumental moments that you’re absorbing. Whether you get what you want or don’t. You’re still scared shitless! It doesn’t matter. I’m a filmmaker, and I love all aspects of this business. I love to touch every point of it and that’s why I put myself in as an actor in the film. 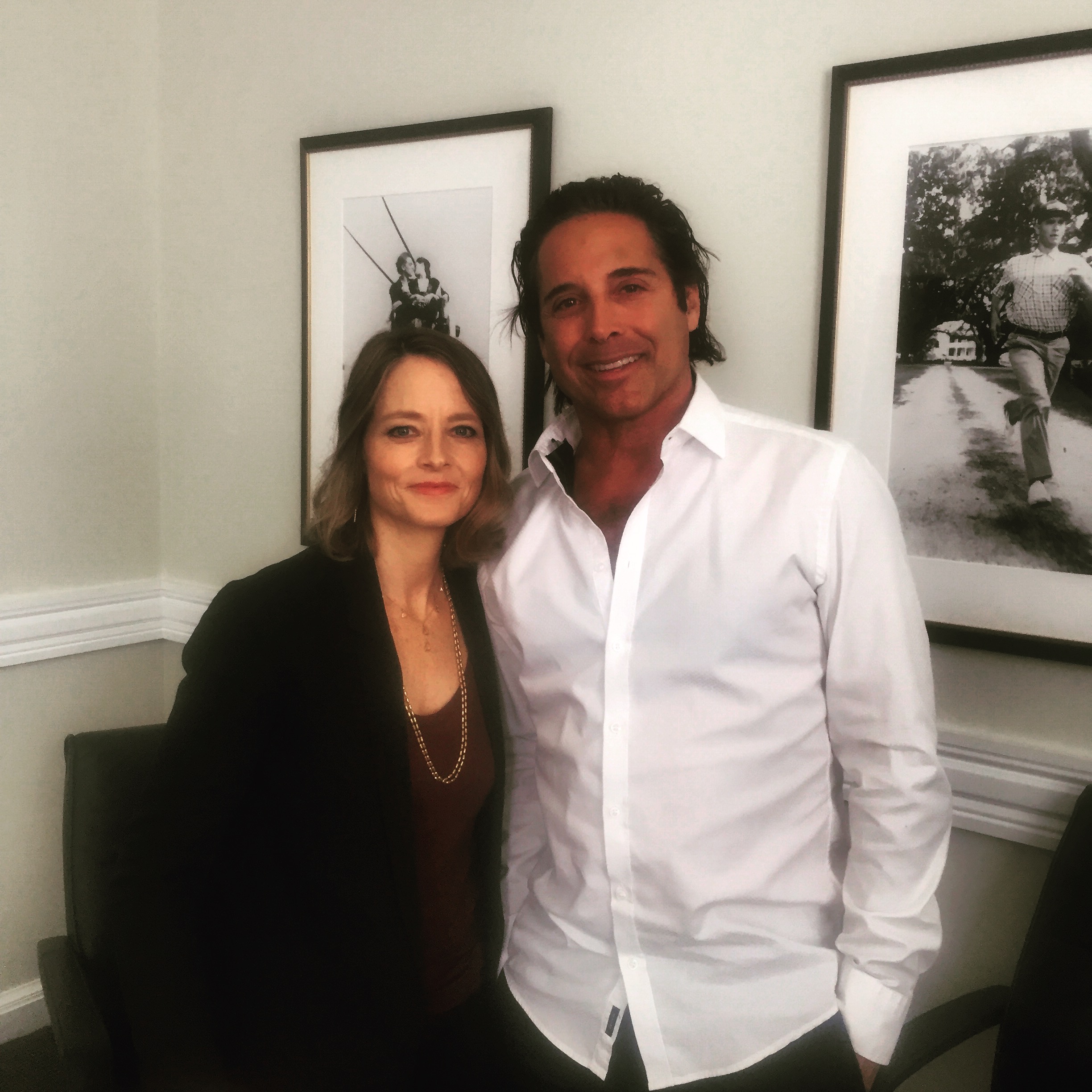 DSMC: How did your relationship with Warren Beatty come about? How did you first meet? I know he was very influential in the work that you’ve done with Inconceivable, Becoming Iconic?

Jonathan Baker: Warren was introduced to me through Hugh Hefner. I would play cards with him every Wednesday. Every Sunday, Hugh would have movie night at his house. I was peripherally hanging out and was able to get to know him. Ten years later, we were still friends and Warren was looking to sell his house. He had never sold a piece of property ever. I convinced him to sell me his house. Reluctantly, he did. It’s kind of him passing the torch, from old Hollywood to new Hollywood.

DSMC: While making Becoming Iconic, you were also directing your first feature, Inconceivable – which wasn’t the film you initially wanted to direct. When everything was said and done with the production partners, Emmett/Furla, and the studio, Lionsgate, what was the outcome of these relationships?

Jonathan Baker: I wanted to make Fate and Icon simultaneously. Lionsgate just sat by and let everything unfold. They were more interested in protecting the entity instead of protecting the film and me. Emmett/Furla and I have run into problems. Sometimes you say what you do and do what you say. And, when that doesn’t happen, I don’t take that lying down pretty quickly. I’m a force to be reckoned with. I got the job done. You take the high road in this business. Because of the relationship with Inconceivable and me owning 50% of the copyright – I only had half the say. Going forward, I will own the full copyright. That’s where the real problems came about. At the end of the day you make your decisions and have to live with the decisions you execute. As a director, I’m responsible for the content. I worked with Emmett/Furla because they brought in 50% of the financing, but I didn’t let our disagreements get in the way of making the film.

DSMC: How did you connect with documentary filmmaker Neil Thibedeau to make Becoming Iconic?

Back when I was with CAA (Creative Artists Agency) and talking to Warren Beatty, I went on a quest to interview all these directors; the love of them, the love of their work. For me, the greatest part of learning is getting these commentaries. The commentaries are fascinating. I loved it! The things that you don’t know – that you don’t understand about movies. I thought would be great to start with Warren Beatty. And, work my way down the list. It was a journey for me. Many of the greats didn’t make it into the documentary: Mel Gibson, Sylvester Stallone, Kevin Costner. When I was in the midst of collecting all this information, Lionsgate had asked me to direct. And, I had all this footage of these interviews. I thought, maybe I can juxtapose these interviews with my stories. I got Neil to come in and tell my story. In the middle of telling the story we ran into issues with Inconceivable. I sugarcoated it pretty well. It was interesting to say the least. I thought I was going insane, but when I called up these directors, they confirmed that all these obstacles were part of the filmmaking experience. It was just really worse for me. 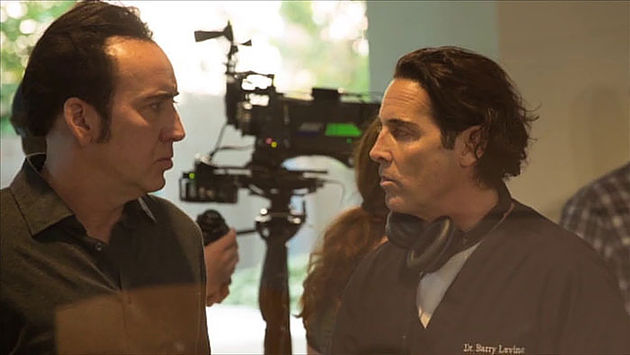 DSMC: Were you discouraged as a first-time filmmaker by the negative reviews Inconceivable received? Did these affect you? Is this par for the course?

Jonathan Baker: I read them. When you have an ego, and put yourself in a movie, make a documentary and you want to write and direct it, the haters are out there. I get it. The thing is this: if they’re not writing about you then you’re in worse shape. Inconceivable is popcorn movie for women. With this film, the substance was cornered by the performances and that’s what we all had to work with. What I would disagree with is all the people’s commentary. I read them too. I don’t fight their reviews. As long as people actually saw the movie and have something to say about it. For me, the journey of reviews is taken with a grain of salt. Given the options, limitations, and pressures I was put under by the studio, I’m happy with the results of Inconceivable.

DSMC: What do you want emerging filmmakers to take away from Becoming Iconic?

Jonathan Baker: First of all, like Project Greenlight, this documentary needs to be shown in all the colleges and film classes. It’s a 101 requisite for this business. I give complete insights into not making an independent film, but a studio film. What it takes. How hard it is to hold your vision because it’s extremely easy to be derailed from your vision by producers, studios or even production staff. You have to be completely malleable, but still a leader. These are the most important elements from Becoming Iconic. What I hope people can relate to. I get to step alongside these iconic directors that have made a difference and convey their knowledge to others. The greatest gift each of us can offer one another is education, understanding, and guidance. That’s how we are human.

Becoming Iconic will premiere at the Manhattan Film Festival Saturday, April 21, 2018 at the Cinema Village. For more information on the screening and to get tickets, click here. To learn more about Jonathan Baker’s new films and fashion projects, click here.